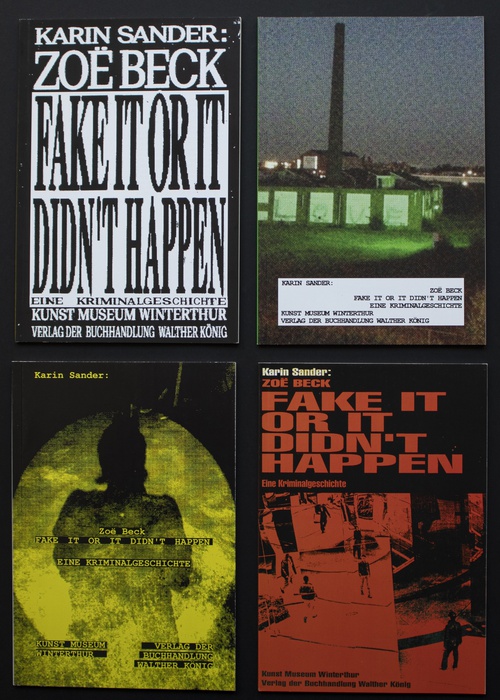 Northern Ireland is burning again, and this time the battle is not just between Republicans and Unionists, Catholics and Protestants. It's over who decides what's true and what's not – over who can think up the version of reality that will get the most clicks, until just fake news and shit storms remain. Kate is dead. At least that's what's all over the media. She can even watch her own death on the Internet. Annabel has faked it. She got rid of Kate to save her political career – and so she can leave Belfast for Westminister. But they used to be best friends. Kate is no match for Annabel's influence over media opinion. And so, in the real world, Kate reclaims what has been stolen from her online: her life. Meanwhile, she is planning her revenge on Annabel... [excerpt from the book]

In the highly charged area between reality and fiction, Karin Sander commissioned two acclaimed crime-fiction authors, Oliver Bottini and Zoë Beck, to write a story each especially for her solo exhibition at Kunstmuseum Winterthur, Switzerland, 2018. Unlike the usual catalogue texts that accompany art exhibitions, the text itself is turned into an artwork.