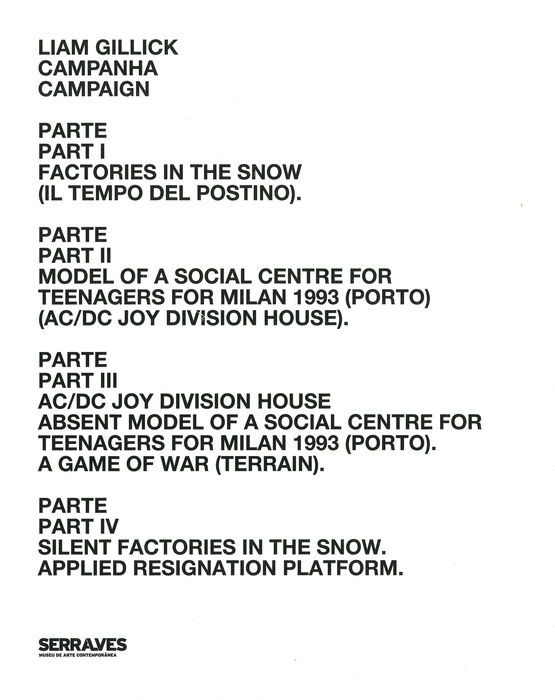 Conceived as a series of changing sculptural interventions in the large, central gallery of the museum along with other spaces over the course of the year, Gillick presented a progressive overlaying of spatial and performative situations that elaborated previously realized and unrealized sculptural projects dating from the late 1990s to the present. Including sound, sculptural and text-based works that have existed as early prototypes or sketches but never produced on the architectural scale for which they were initially intended, Gillick’s choreography of spaces, objects and ideas poetically address themes of time, as history and duration, and the visual and spatial codes of the social.