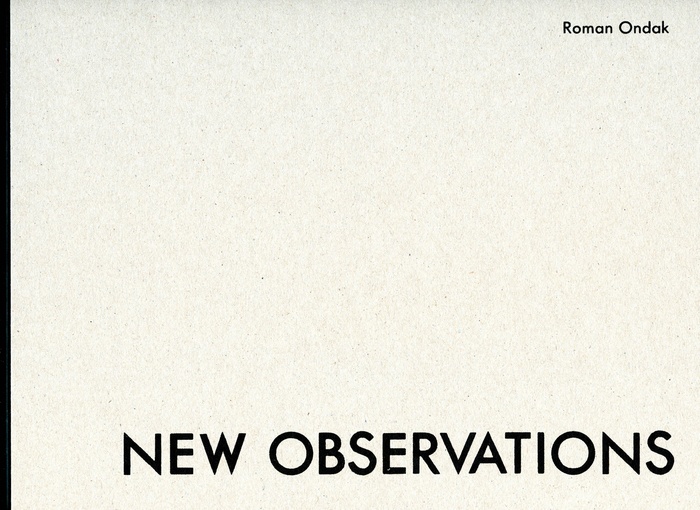 "New Observations is the must have sequel to Roman Ondak's artist book Observations. Both complement the conceptual artwork the artist has been developing since 1995. The series of photographs, appropriated from a 1950s book, attempts to classify human behavior. Removed from their original context the photographs and their captions are revealed as pseudoscientific or even funny. Roman Ondak is the laureate of the Lovis Corinth Preises 2018 of the Kunstforum Regensburg. The catalogue accompanies his exhibition Based on True Events".