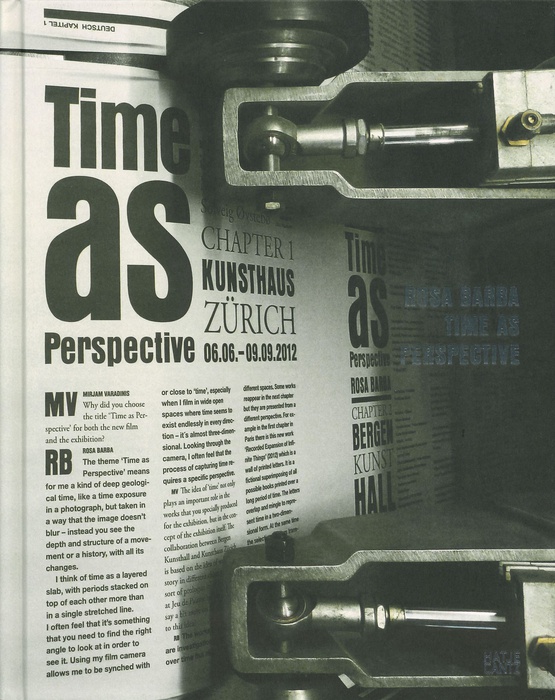 Rosa Barba (*1972 in Agrigent) works with the basic elements of the cinema: celluloid, light, projector, and sound. She dissects the structure of the narrative and plays with the often improbable characters, places, and stories of the medium of film. Her exploration of space, time, and language is crucial to the process. This publication presents her project, which, like a story or a play in different acts, stretches out across two exhibition chapters: “Chapter 1” was shown in the Kunsthaus Zürich (June 6–September 9, 2012), curated by Mirjam Varadinis. “Chapter 2” presented at the Bergen Kunsthall (February 2–March 17, 2013) is curated by Solveig Øvstebø. The project revolves around a 35mm film, Time as Perspective, which Barba shot during the spring in Texas—fascinated by the desert landscape, which she approaches from an almost archaeological perspective on a quest for inscribed signs and times.