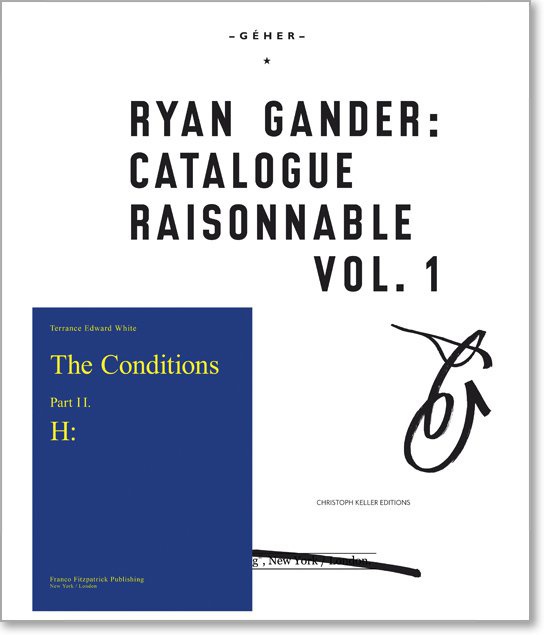 “Ryan Gander: Catalogue Raisonnable Vol. 1” was conceived by Åbäke as a “reasonable alternative” to a catalogue raisonné for the artist (i.e. a monograph giving a comprehensive and exhaustive catalogue of artworks by an artist). Documenting over 500 works made during a ten-year period, the “Catalogue Raisonnable” is intended to be navigated freely and illogically, in a non-linear fashion by its reader, echoing the “para-possible thinking” and “associative methodologies” on which much of Gander’s practice is based. For those readers who wish to draw some logic from its content, it is suggested that the book is navigated through its index.

The “Catalogue Raisonnable” consists of two sections. The first is a complete index/catalogue of the artist’s practice, while the second is made up from a collage of by-products, off-cuts, transcriptions, scripts, conversations, and material related to the works in the index.

The publication “Ryan Gander: Catalogue Raisonnable Vol. 1” has been co-published by Westreich/Wagner Publications on the occasion of the exhibition “Ryan Gander—Zurich Art Prize Winner 2009” at Haus Konstruktiv, Zurich.

The publication is part of the series of artists’ projects edited by Christoph Keller.