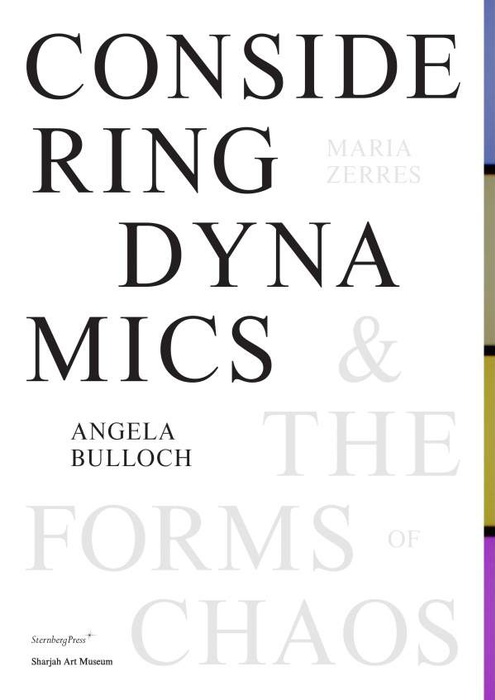 This volume accompanied the eponymous exhibition at the Sharjah Art Museum—two parallel solo shows by Angela Bulloch and Maria Zerres brought together under one title, framed by the notion of entropy. Likewise, the publication takes the form of two separate but related exhibition catalogues, each leading toward the book’s center.

A key term that characterizes the movement toward chaos, entropy appears in a variety of fields such as physics, probability theory, sociology and information technology. Within contemporary art, entropy has emerged to refer to installations often associated with representations of order, disorder and information, and their homogeneity. Through the works of Angela Bulloch and Maria Zerres, suggestions of entropy transpire in different ways and through their respective artistic forms. Inherent to both practices is a representation of a movement towards chaos.

Angela Bulloch works with sculpture, installation, and sound. Her interdisciplinary practice spans forms that manifest her interest in systems, patterns, and rules, and the creative territory between mathematics and aesthetics. She proposes that this experience can be “subliminally programmed”; her work stages that which is beyond our grasp. Maria Zerres’s paintings explore the aesthetic languages of abstraction and figuration. Her canvases play with the use of space by emphasizing the blank space of the canvas and overpainted areas that emerge from improvisation and result in compositions that bridge abstract and figurative painting.